2014 was a year of major updates to Scout. Some stats on what's been a fun year: 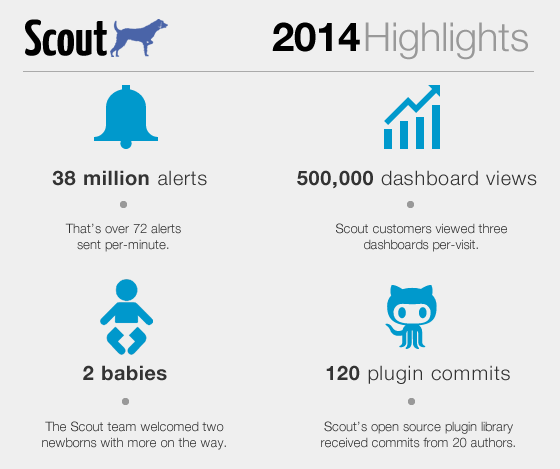 Thanks for all of your support, feedback, and hard-earned money in 2014. Our mission of lightweight, non-enterprisey server monitoring continues next year.