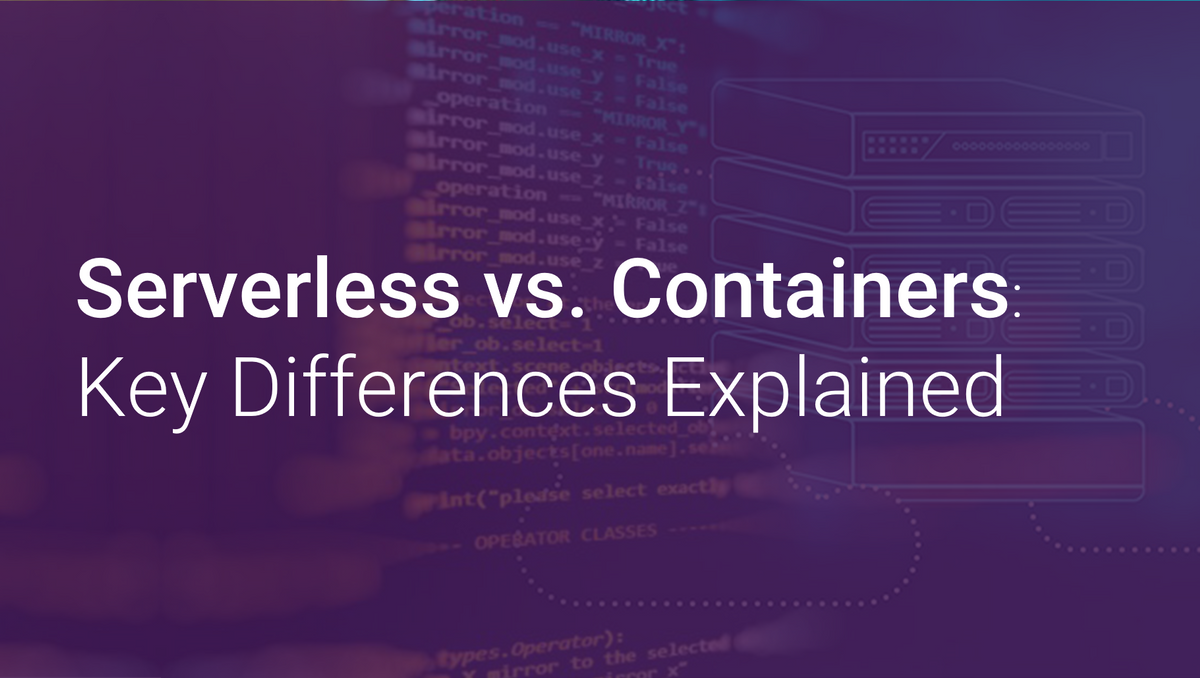 The “as a service” business model continues to grow rapidly, largely thanks to the rise of cloud computing. “As a service” offerings deliver IT products and technologies such as software, hardware, and data storage to consumers via the Internet, rather than having to install or manage them themselves.

What is Serverless Computing?

The term “serverless computing” refers to the execution of a function, or code, that runs on-demand, typically in response to a specific event or trigger. A developer needs only specify how much RAM and CPU to allocate for the function, what trigger or event should cause the code to execute, and then finally upload the function source code. There are no servers to maintain - hence, “serverless”.

Like almost all other services from cloud providers, Serverless is a metered service meaning you pay for only what you use. This means you are only charged when your function is actually handling a trigger or event. Just like when you turn your lights on in your house, you only pay when you have them on.

Serverless computing still requires servers to run applications; however, you aren’t responsible for provisioning and managing servers, setting them up, or shutting them down. This means that computing is only “serverless” in the eyes of the user.

Serverless computing is sometimes confused with or compared with another popular cloud computing paradigm: microservices. In the microservices architectural pattern, a large “monolithic” application is split up into multiple smaller “microservices” that interact with each other.

The two biggest advantages of serverless computing are:

Serverless Use Cases: When Should I Use Serverless?

As you might expect, you might choose serverless when you don’t want, or need, an always-running server. Serverless can be cost-effective for applications that handle very few events or that need to scale up to thousands of events per second, on-demand. Serverless scales up based on the actual event/trigger demand, as opposed to a container or VM auto-scaling which determines when to scale by resource demand, e.g. CPU usage.

Essentially, a container is a package that consists of an application’s source code bundled together with items such as its libraries, frameworks, settings, and configurations. This package can be easily transferred between different IT environments, helping the application run predictably and reliably.

Although containers are far from being universally adopted, technologies such as Docker and Kubernetes have made it significantly easier for organizations to use containers in production.

Containers are often contrasted with another virtualization technology: virtual machines (VMs). A VM is a software application that emulates computer hardware. You can create VMs with different virtual graphics cards, disks, network interfaces, USB ports, kernel or OS versions, etc. and multiple VMs can run on the same physical machine. VMs are abstractions at the hardware level.

On the other hand, containers run on top of a given operating system and all share the same OS kernel. The underlying, or host, OS manages resource permission (CPU, Memory, etc.) and namespacing (one container cannot see another container’s processes or files). Because containers don’t have to emulate an entire physical server, they are much more lightweight than VMs. Containers are abstractions at the OS level.

Some advantages of using containers include:

Use Cases: When Should I Use Containers?

Containers are best suited for users who want to guarantee consistency when running applications in multiple environments. For example, if you want to “lift and shift” your applications from on-premises to the cloud, packaging them in containers can ensure that they behave identically in both locations.

Similarities Between Serverless and Containers

Serverless or Containers? The Answer Depends on Your Needs

Whether you use serverless computing, containers, or both in the same project, you should understand the differences and similarities between serverless and containers: