It's a lot harder connecting the dots of the request lifecycle when the final response is built from a number of separate microservices. 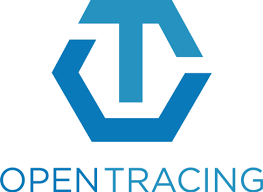 To date, there are a number of services capable of ingesting transaction traces generated via OpenTracing. In this quick tutorial, we'll capture transaction traces from two Sinatra apps, and view these traces with Jaeger, an open-source distributed tracing system. 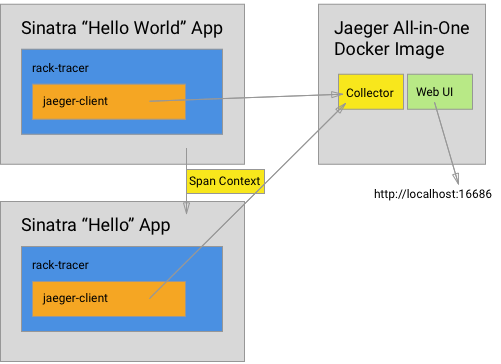 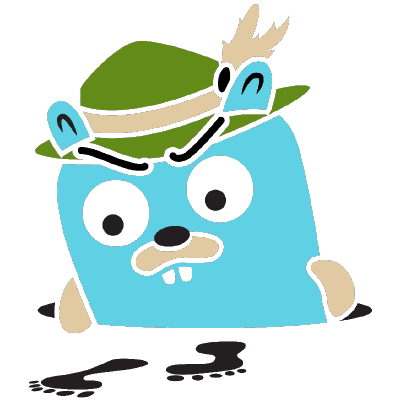 The Jaeger All-in-one Docker image is designed for quick local testing. It launches the Jaeger UI, collector, query, and agent, with an in memory storage component. The jaeger-client gem installed in our Sinatra app sends traces to the collector on this running Docker container. Traces are then viewable in the web UI, accessible via http://localhost:16686.

Verify that the Web UI is accessible at http://localhost:16686. Now that Jaeger is running, let's setup our first Sinatra app.

In the same folder of the hello.rb Sinatra app, add a Gemfile:

Our second Sinatra app will send a request to the "Hello" Sinatra app to help render some text. Via the magic of OpenTracing, we'll see the entire lifecycle of the request across both the parent app ("Hello World") and our simple microservice ("Hello").

How did the distributed trace magic happen?

The "Hello World" app returns a string that contains text from the "Hello" app. How did OpenTracing capture the entire lifecycle of this request in a single transaction trace?

OpenTracing defines a standard for tracing across process boundaries. There are two parts:

We're manually injecting the SpanContext via a request header prior to sending the request to the "Hello" app:

Jaeger::Client::Tracer#inject sets an uber-trace-id request header that contains all of the context from the current span to propagate the trace to the "Hello" service.

When the "Hello" app receives the request, the middleware installed by the rack-tracer gem extracts this information.