How to use Mint, an awesome HTTP library for Elixir - Part 01 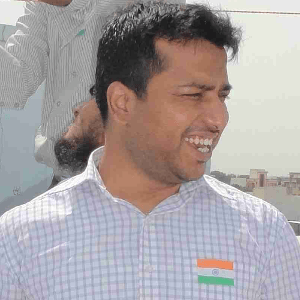 Mint is a shiny new Elixir package which allows you to make HTTP requests using the HTTP 1 and HTTP 2 protocols. It can transparently handle ALPN (Application Layer Protocol Negotiation), which essentially means that it can figure out if a server uses HTTP2 or HTTP1 on its own. It also comes with an optional dependency on a castore package which verifies the SSL certificates of the servers (that you connect to).

Mint is a low-level library, which means you'll need some elbow grease to set it up properly. And once it is set up you'll be able to squeeze out all the performance that you can, out of your HTTP client. A few good use cases for this might be when your app is composed of HTTP microservices or when you need to talk to external services constantly e.g. Amazon DynamoDB, S3, GitHub, etc. A fair warning though, Mint might not be the best, if all you need to do is make a couple of HTTP calls once in a while.

The best way to learn a library is by using it, So, let us build an application which uses the GitHub API.

The problem with these lists is that they lack a lot of relevant information such as the number of stars of a GitHub repository or the number of downloads of a package, and often a user has to click on the links to figure out which of the available options is popular, active, has the most downloads, etc. We'll build an "Awesome Toolbox" which will enrich these awesome lists with relevant information to help decision-making easier for users.

For our MVP let us just build out the bare minimum which can add value to our users. So, let us build out an app which can take a GitHub repository URL and give us a README annotated with extra information (for now just the GitHub star count).

So, a README file containing the following line should be transformed as below:

To be able to pull this off we need to first get the README contents from GitHub, parse each line and annotate it with GitHub star information (if the line contains a GitHub repository link).

Alright, before we get too ahead of ourselves let us start out with a simple endpoint. GitHub exposes a zen endpoint at https://api.github.com/zen which returns a zen message.

This would be very easy if we were using a higher level library like HTTPoison, it would actually be a single line HTTPoison.get "https://api.github.com/zen". However, we are NOT using HTTPoison. And Mint works at a lower level than HTTPoison and gives us so much more control (which we'll use in the next post). For now, let us create the simplest and most idiotic implementation possible.

This prints the following

Awesome! We can now make HTTP requests to GitHub using Mint! Let us unpack what is going on here:

Setting up an HTTP connection

The first line sets up a TCP+SSL connection. You might ask why the heck do I need to set up a connection just to send an HTTP request, can't I just send a request without all this ceremony? Well, you do need a TCP connection to send an HTTP request, However, most libraries hide this detail from you when they expose an API like HTTPoison.get or HTTParty.get and this robs you of performance optimization opportunities. Mint gives you complete control over this so that you can tune the heck out of it.

Alright, once we have a TCP connection we can send a request to the server. And this is precisely what the second line does. It sends a GET request to the /zen path of the GitHub API, the last argument contains the request headers which is empty. When a request is sent via Mint, it gives you back an updated connection and a unique ref which can uniquely identify the responses for this specific request.

Mint opens an active TCP connection with the calling process as the parent of the socket, what this means is that any response from the server is sent to your process as a message. This is why we are trying to receive a message in the next line. Now, to decode this response we would have to implement an HTTP compliant parser and allows us to make sense of the responses. However, Mint has got our back on this one, Mint provides a function called stream which can take this message and decode it for us. Mint.stream takes these messages and gives you an updated connection and a few mint-http-responses. The responses returned have a shape which matches one of the following in the specified order:

Finally, we need to close the TCP connection that was set up in step 1.

Whew, that was a lot of code for making a super simple GET request and you might be wondering if this was worth all the trouble (and rightfully so), Hopefully, I can convince you that this is worth every line of extra code for improved performance.

To help you follow along, I've set up a GitHub repository which has one commit for each stage of our progression, you can use this as a reference, Check out https://github.com/minhajuddin/awesome_toolbox/commit/164a274e68a4baedd262f855f93e1b501336c81b to see the commit which adds the AwesomeToolbox.Github.zen function.

Get the README of a GitHub repo

The GitHub API exposes a separate endpoint to get the README of a repository at /repos/:owner/:repo/readme. We just need to tweak the previous code to make it use this path instead of the zen path.

The bulk of the work is being done by the recv_response function which recursively calls itself till it gets a full response.

We have already covered a lot of ground in this post and I don't want to make it unreadable, so we'll finish our MVP in the next post.

However, before you leave I have a puzzler for you:

Do you create a new database connection every single time that you want to authenticate a user, load a product or make a database query?

While executing the above code from a phoenix controller:

I'll leave you with some quick stats on the performance impact of connection reuse:

Are you interested in monitoring your Elixir applications? Click here for an overview of Scout's Elixir monitoring agent.

11 Awesome Elixir Jobs for 2019 (and some incredible perks)