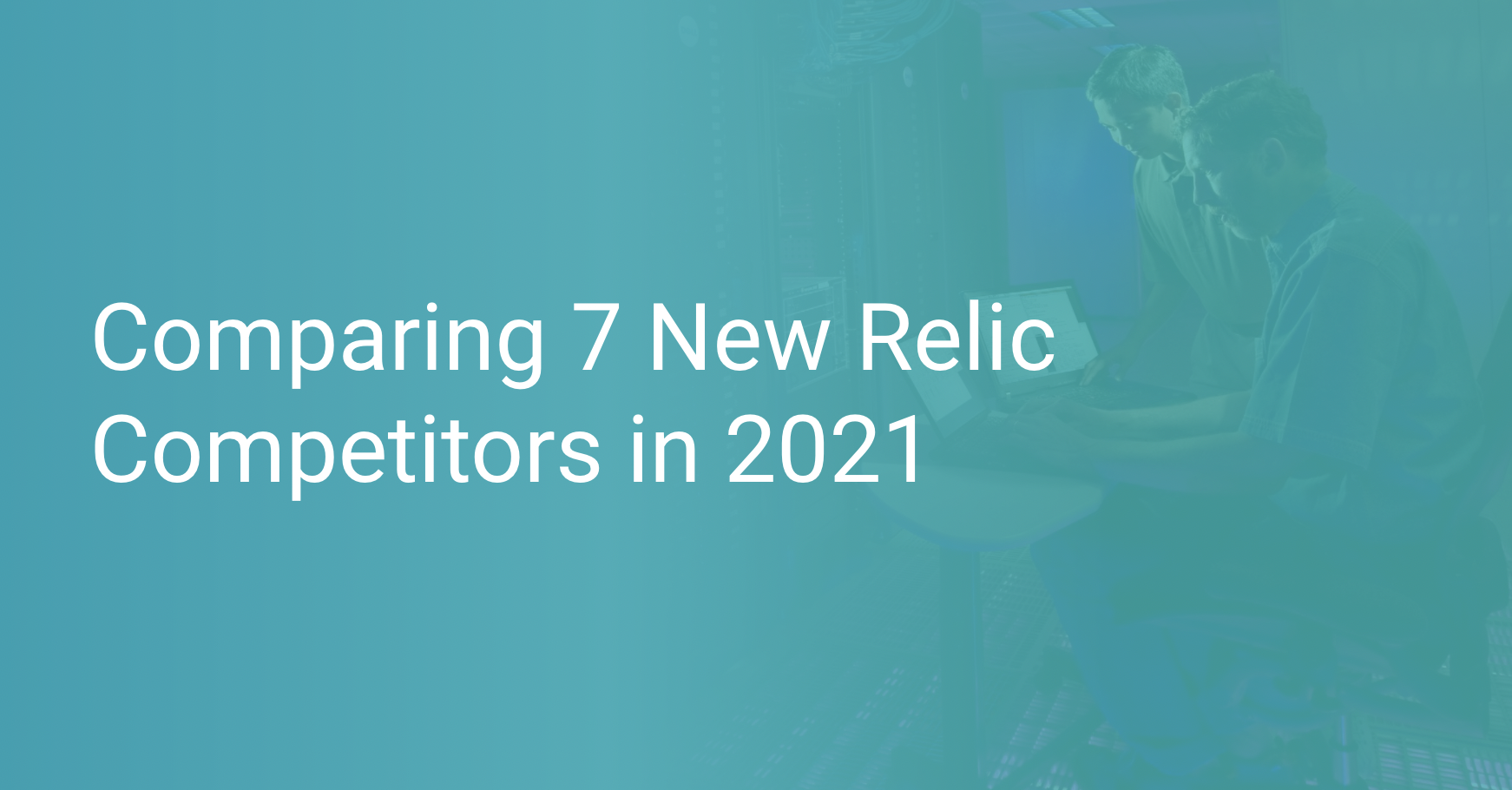 Application performance monitoring tools, or APMs,  help give developers feedback so they can understand whether their programs are working the way they had planned for their users and clients. It also provides information about the software’s quality. Most DevOps teams use these tools throughout the software development life cycle. This way, they make sure that they cover their grounds before releasing software into the market. Therefore, APMs are useful tools for developers that give them a sense of understanding of their projects before and after release. This way, they can continuously maintain and improve the software or application.

APMs are needed so that development teams can easily work on fixing issues as soon as they arise. Sometimes, despite going through all the checks and balances to ensure that the code is working or not, issues can arise once the application deploys. When that happens, it can affect how the user perceives the software. How the developers react to issues also affects this perception as well. So APMs support teams in quickly alerting them to fix issues before a surge of angry customers costs the company their reputation, revenue, and productivity.

APMs are a developer’s best tool to ensure that they know how their product performs by providing analytics such as business-impact, end user monitoring, and the code’s performance through the AI assessments. It supports the developers by ensuring that their product works issue-free, and after the release, they can ensure that the user experience stays favorable.

What is New Relic

New Relic is a company that provides a popular APM tool used by many developers and companies to monitor their performance. Its approach on monitoring is both flexible and dynamic, making it considerably easy for seasoned developers to customize the tool to their needs. It is used by over 17,000 customers, with 50% of the companies on Fortune 100 using it as part of their workflow. Popular customers include Adobe, Trainline and Auto & General. New Relic was established in 2008 and provides a cloud-based software to support all technical needs.

The platform it provides supports developers to “build better software,” which is their motto. New Relic One provides all the data that a developer requires in one place. It was not until 2013 that New Relic moved towards a SaaS (Software as a Service) business model. In this model, customers pay for services provided. The software they provide helps businesses respond faster, optimize better and build better software.

What is New Relic used for?

New Relic’s platform is where you troubleshoot your stack. The platform provides three major features:

New Relic is able to integrate with many leading cloud providers such as kafka, AWS, Google Cloud, Microsoft Azure, making it easy for any company to start using New Relic immediately.

Why Switch from New Relic?

New Relic does have great features, but it’s not ideal for every business’s needs. There are certain things that New Relic needs to improve on. Many reviews mention the following drawbacks that come with using new relic:

It may be daunting to search for alternatives to New Relic because there are so many options from which to choose. In this article, we will share with you 8 other APM tools available in the market. Here are the features and pricing for some of New Relic’s competitors.

Scout APM’s philosophy is to be a developer’s best friend. The service aims to be user-friendly and make finding problems easy so developers can focus more on their work. Since it’s founding in 2009, Scout reduces developers’ time on debugging so they can code and develop software. The proactive Scout agent identifies issues automatically and in doing so, helps show regressions in real-time. Scout’s reliability and excellent support make them truly a developer’s best friend.

Scout helps developers by troubleshooting issues before they can go awry. These are issues that developers and organizations would not want their customers to see. Scout APM can prioritize problems according to the needs of the user. It can effectively monitor Ruby, PHP, Python, Node.js and Elixir applications. Many DevOps teams prefer this tool and is ideal for any sized company from small to large.

It boasts the following features:

Dynatrace is an all-in-one platform for observability, automation, intelligence, and security for modern dynamic clouds. This software intelligence platform supports developers to transform faster. Its focus is on cloud-based enterprises.

AppDynamics is a platform by Cisco that focuses on being proactive and ensuring success for its users. Most of the clients for AppDynamics are businesses. It is an excellent observability platform that aims to accelerate digital transformation for companies by providing insights that they’ll need. The service believes that for a business to succeed, they need to support IT teams. In doing so, the support they provide can give complete visibility, intelligent insights, and automated actions so that development teams can get to the issues as soon as possible. The automation and available data help developers understand their code’s behavior better and create the best possible work.

AppDynamics uses AI-powered insights and visibility to help improve application and business performance of the application that the software team is developing.

DataDog monitors cloud-scale applications and supports developers by showing them analytics about their servers, metrics, clouds, apps, and teams in a single platform. Used mostly by IT and DevOps teams, Datadog is another SaaS-based, on-demand service. It can easily integrate with tools like Kubernetes, Puppet, Ubuntu, Chef, Bitbucket, and over 400 other tools.

DataDog has the following features:

SolarWinds is a company that provides many tools for development teams to use. One of their services is AppOptics: a SaaS-based APM tool that mostly focuses on hybrid and cloud-native IT environments.

Stackify’s Retrace is an APM tool that proactively identifies issues in QA. Doing so supports development teams to continuously improve and observe applications in production environments so that they are aware of what is happening. It can identify bottlenecks and inform software development teams within minutes about these issues.

The Retrace APM provides a better understanding of user satisfaction with its own performance metric, which measures satisfaction, performance, error and server metrics. The monitoring, designed for insights, provides answers rather than questions. When deploying your software, you can also keep track of error rates automatically. It is able to integrate with many popular programming languages, cloud providers, and containers so you can easily implement the tool. Retrace wants developers to focus on projects that matter more, and not constantly waste their time tracking and tracing issues.

Core features of Stackify’s Retrace are as follows:

Elastic Stack’s Elastic APM helps developers monitor applications and software services. With real-time detection and monitoring, developers can easily make changes as soon as they’re notified of any issues. It is one of the services provided by Elastic Stacks, which also provides Elastic Cloud.

How to Choose an APM Tool

APM tools are beneficial for developers. These tools support them by reviewing their code so that they can make sure that the code they are writing does exactly what it is supposed to. It also helps because companies and software development teams do not want their product to be bug-ridden. APM tools will have their backs both before and after deployment. That way, developers can focus more on coding, instead of spending time going back over their code to debug. When choosing an APM tool, make sure you keep these in mind:

Make sure that when you are choosing an APM tool that’ll be helpful for your developing team, so that it helps them work more effectively and efficiently.

While New Relic is a popular tool many development teams use these days, it’s always a good idea to learn about similar tools to help you make a more informed decision to help your company grow.