A Primer on Prometheus Metrics 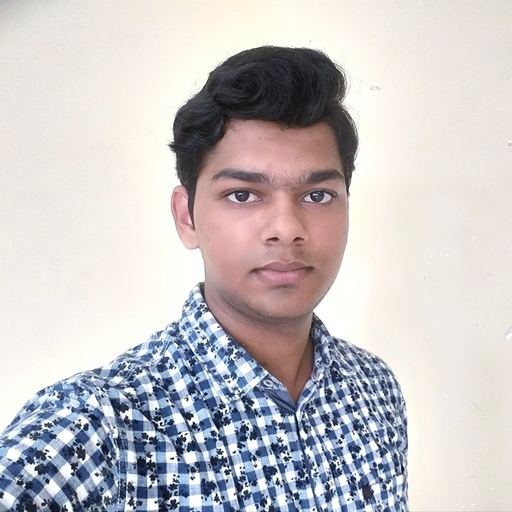 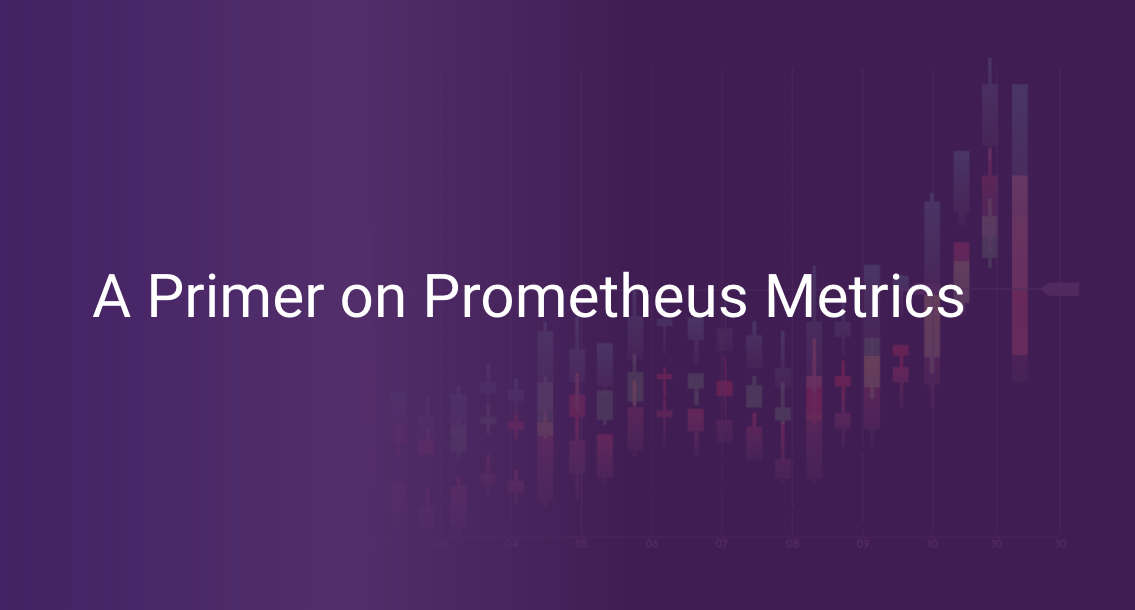 A Primer on Prometheus Metrics

Keeping an eye on metrics is one of the essential things that every developer should do for their applications. Prometheus is a tool that has gained a lot of popularity in the field of metrics. When you start with Prometheus, you may not recognize its potential at first because it takes time to explore the entire tool. But once you become acquainted with the features, you will find it highly useful.

The Prometheus metrics format has become so popular that it has spun off into its own project, OpenMetrics, intending to make the metric format specification an industry standard.

Prometheus is an open-source tool for time series database monitoring released by SoundCloud and is currently a community-driven project under the Cloud Native Computing Foundation. Prometheus has several client libraries, and they scrape data collected by the metric server. It is reliable, fast and secure too.

Some of the most critical features of Prometheus are:

Prometheus has many use cases, but it works very well with a dynamic recording of purely numeric time series. It is suited for both machine-centric monitoring as well as dynamic service-oriented architecture for monitoring. Where various companies are working on microservices, Prometheus supports multi-dimensional data collection and querying. There is no network storage dependency because each Prometheus server is standalone. Because of this, it works with broken infrastructure, too; you do not need to set up extensive infrastructure to use it.

These metrics provide the level of depth and hierarchy that you'll need to make the most of your measurements. To make it quick and easy to utilize your metrics, this model of metrics exposition advises that you should compute it ahead of time and save it under a new name if you want a different aggregate.

These types of metrics provide the details about the hierarchy that you need to utilize the metrics fully. This metric format suggests calculating the metric upfront and storing it using a separate name. So in the above example, if we are interested in the requests metric across the application, we could rearrange it in the following ways:

But Prometheus does not use the dot-based metrics format; instead, it uses the series of labels or tags to represent the metrics. For example:

Metrics whose name is request_for_all, service equal to service, server equal to pod50, and environment equal to production can be used in the tag-based format.

It helps in representing multi-dimensional data where you can show any number of context-specific labels to any tag.

Suppose you have the metric requests_per_second, and it requires a lot of labels. In the tag-based, you bundle the labels then use them. Now you have n-dimensional data and can easily derive the graphs.

After seeing the two main formats in which we can represent the metrics, let’s see the format of metrics or Open Metrics. A metric is composed of several fields like:

There are four types of metrics available by Prometheus client libraries.

The counter generally refers to those values which only increased and can be reset to zero. The exact definition applies in Prometheus too. You can use counter metrics for total server requests, total database queries, tasks completed, or errors. All these metrics are monotonically increasing. The counter supports four client libraries, Java, Ruby, Go, and Python.

A gauge is just a numerical value that can go up and down randomly.  Gauge is generally for those values that arbitrarily go up and down and can be counted, for example, temperature, current memory usage, real issues, and the number of active requests. It also supports by all four client libraries, Java, Go, Python, and Ruby.

The histogram is a sample of observations like response time, request duration, or response size in customizable buckets. A histogram consists of four things and exposes multiple time series. The four components of the histogram are:

A  histogram is for calculating various quantities. For example, using the histogram_quantile() function, you can calculate the quantile and aggregation of histograms. You can also use the histogram to calculate Apdex score. The histogram is always cumulative as it sums the previous value to the current one. It also supports Java, Go, Python, and Ruby client libraries.

Histograms are not only aggregatable, but they are also less expensive on the client because counters are quick to increment. So, why not utilize histograms all of the time? The short answer is that when using histograms, you must pre-select your buckets, and because of bucket cardinality, the expenses shift from the client to Prometheus itself. The default ten buckets cover a typical online service with latency ranging from milliseconds to seconds, although you may wish to tweak them occasionally. In this case, they’ve been modified to better track requests for PromQL, which have a two-minute default timeout.

The summary has almost the same structure as the histogram; it also samples observations like response time, request duration, or the response size. In addition, it also shows the sum of all the observed values, the total count of observations, and a configurable quantile over a sliding time window. A summary, similar to a histogram, has four components, as mentioned below:

All four client libraries are supported; you can check out the detailed documentation for Java, Go, Python, and Ruby.

Prometheus metrics include various types of labels, as mentioned above. Those metrics are not strictly required and can have any number of metrics.

Hence a Prometheus metric can be as simple as:

Or after including all of the above mentioned components:

#HELP string in a metric represents the metric name and description of it. #TYPE string denoted the type of metric. If there is no type of metric, then it is said to be untyped. Everything else in a metric starting with # is considered a comment other than these two strings. You can use #HELP and #TYPE metadata lines to put in each metric. Hence an example metric with these strings is:

An advantage of this tag-based format for Prometheus metrics is that these labels can perform various operations like aggregation, scoping, segmentation, etc.

Prometheus provides many client libraries for its users to experience easy installation of the monitoring tool. But the top four libraries which Prometheus officially maintains are available for Golang, Java, Javascript, and Python. Let’s see the code instrumentation using each of the libraries one by one.

You can check out the official list of code instrumentation libraries provided by Prometheus.

For accessing the Prometheus metrics, you have to go to /metrics in the localhost.

Also, you can use prometheus/promhttp as a handler function for HTTP. The most basic code which will show metrics on http://localhost:9000/metrics is:

For starting the application run:

Then for launching it run:

Additionally, you can add your application to generate custom metrics. In this example, we will expose a myapp_processed_ops_total counter which counts the number of operations that have been processed so far. It gets updated after 2 sec, and the counter gets updated by one. The complete code example is below:

Then run the application using:

For accessing the metrics collected by your application, go to http://localhost:9000/metrics.As a result, you will see the following output:

Other than the above features discussed, Prometheus Go client libraries expose many other metrics such as gauges, histograms, non-global registries, and functions for pushing metrics to Prometheus push getaways.

Below we have provided a sample code using Java client libraries for collecting metrics like counter, gauge, histogram, summary.

For using it in Docker you just have to download, build and run.

For checking if it is working, go to localhost:

Now go to localhost:8080, and voila! You have your Prometheus dashboard.

Prometheus supports Python 2 and 3 for its client libraries. First, you have to install the Prometheus client using this command:

For using it in Docker, run the following commands:

Now you can check whether the endpoint is working or not by going to localhost:8080

Several other categories of exporters are available like messaging, HTTP, Logging, APIs, Storage, Issue tracking, etc. For seeing the whole list of exporters, you can check out their official page.

Prometheus Is a Pull-Based Metrics System

Client libraries, often known as exporters, do not send metrics to Prometheus directly.

Instead, they offer an endpoint that returns a payload containing all available metrics in Prometheus format. Prometheus will use this endpoint to collect data at predetermined intervals. This endpoint must return a payload in a Prometheus-compatible format.

As a result, Prometheus pulls (or "scrapes") metrics as needed. This is known as a "pull-based system," and it's a suitable strategy for monitoring many servers and apps. It's preferable to have data arrive late than to lose data.

In this blog article, Prometheus discusses the challenges, benefits, and drawbacks of both pull and push systems. Without diving further into this topic, exposing an endpoint that emits metrics in a certain format is ideal for dealing with Prometheus. It doesn't rule out the possibility of Prometheus using a push-based method. However, you should only use this strategy when required.

Prometheus is a straightforward instrument, as evidenced by its user interface. Once you grasp the fundamentals of how and why things work the way they do, the rest will become clear. Prometheus was initially known for being a push-based system in general, and most of us assumed it was exclusively relevant for Kubernetes. On the other hand, Prometheus can collect metrics from a variety of sources, as this post demonstrates.

Metrics are crucial for any application’s smooth functioning. For making the best use, metrics should be easy to interpret and understand. Prometheus metrics/Open metrics provide metrics for your application in various formats and many programming languages. You can generate your custom metrics using Java, Python, JavaScript, or NodeJs. Also, if you have to export your data to any other tool, the exporters of Prometheus are widely used for that purpose.

You can also use Prometheus for application performance and management purposes as it monitors the metrics and provides them in a readable form. However, ScoutAPM is one of the most modern APM tools of application performance and management. It has various features like memory bloat detection, N+1 queries, slow API response, etc. You can try it out free for 14 days without a credit card. Go and try out Scout APM now!