What is Prometheus? The Essential Guide 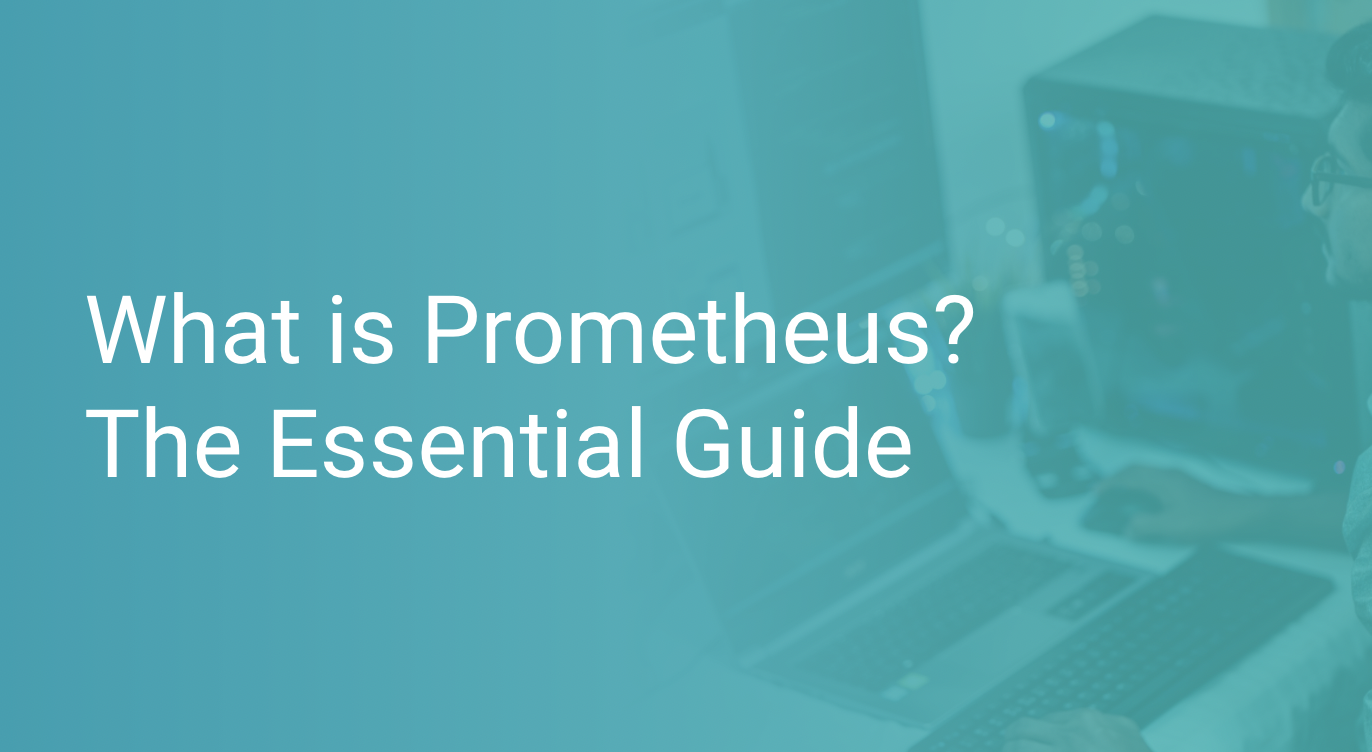 What is Prometheus? The Essential Guide

DevOps is an essential part of software development in the modern IT world. However, as the application becomes more and more complex, managing infrastructure can become challenging. One of the essential aspects of driving such infrastructure is metrics collection and performance monitoring.

There are plenty of tools available for monitoring a system or an infrastructure, but we are going to focus on, analyze, and look at the architecture of Prometheus.

Navigate this blog by using the links below:

Prometheus is an open-source and metrics-based tool to monitor highly dynamic container environments like Kubernetes and Docker Swarm. We can also use it in traditional and non-container applications.

The main features of Prometheus are,

A Brief History of Prometheus

Prometheus was started by developers from SoundCloud in 2012 to solve metrics across the distributed applications. It is mainly written in Go and licensed under Apache 2.0 license.

After that, In July 2016, Prometheus 1.0 was released, and finally, in August 2018, Cloud Native Foundation announced that the Prometheus project has graduated.

The retrieval worker is responsible for pulling the metrics from several targets. Targets can be an application, server, or individual services. Once it pulls the data, it stores it.

To pull the data successfully from targets,

Some targets have native components for Prometheus, so it handles the data format conversion by itself.

For others, we need a way to convert the data format before allowing the worker to pull the data. For that, we need an Exporter or a third-party service that collects the metrics from targets and does the conversion before exposing them to retrieval workers.

The third component in Prometheus is an HTTP server that accepts a query from clients or alert managers and fetches the stored metrics from the Prometheus database.

We can also use Alert Manager (see below) to notify via email, Slack, or other third-party applications.

Prometheus can scrape data from almost any kind of service, but there are some exceptions. These are services with short-lived scheduled jobs. Pushgateway comes in to solve this problem. It’s an intermediary that allows pushing the metrics from jobs to Prometheus.

Prometheus recommends using Pushgateway only in certain limited cases as it has some constraints that can impact the monitoring process:

Alert Manager handles the messages from the Prometheus HTTP server and sends a notification to the maintainer via the configured channel. It can be via email, Slack, or  another third-party integrated service.

Prometheus monitors the target, collects metrics for visualization, and alerts the maintainer based on different rules. Targets can be Linux/Windows servers, an application, or a database.

Counter represents a cumulative value that can either increase or reset to zero on the restart. For example, a number of requests, no jobs executed, and no exceptions can be considered counter metric types.

It’s recommended not to use Counter for metrics that can decrease—for example, the number of processes running in the server.

Gauge represents a value that can go up or down. For example, it can be the number of concurrent threads, or current memory usage.

Histogram cumulates the observations and adds them to a configurable bucket to analyze. For example, observations can be request duration or response sizes.

A summary samples observations (typically things like response sizes and request durations). It provides a total count of observations and a sum of all observed values, and it also calculates configurable quantiles over a sliding time window.

Modern DevOps is becoming more and more complex to handle manual tasks. Therefore, it needs automation to get the job done.

Imagine running multiple applications in servers distributed across many locations with hundreds of processes. Each of them is interconnected, and you have no insight into what’s happening on the hardware level or application levels. 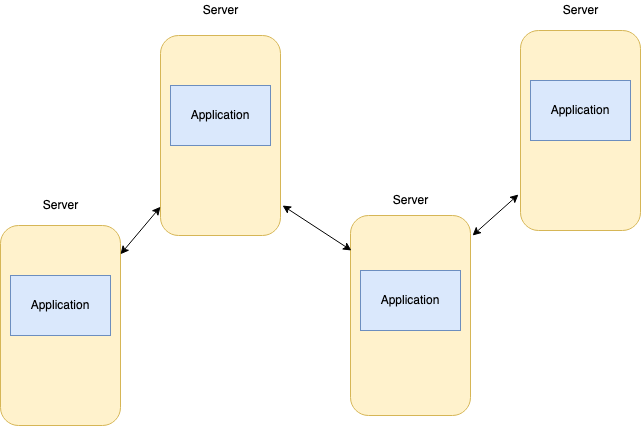 It can be errors, CPU Usage, Memory/Disk Usage, Network latency, or resource limitations. With such complex infrastructure, it’s difficult to debug without monitoring the infrastructure.

Suppose one specific server ran out of memory and kicked off the running container responsible for database sync between two database pods in the Kubernetes cluster. In that case, the database and service using that database will stop working, and when the user would try to use the API, they would get a simple error message on the UI.

Debugging this issue by analyzing and backtracking the services is difficult and time-consuming. If we are debugging it manually without monitoring tools, we need to check

So, we have to backtrack on each service to find the database sync issue and find the service that just ran out of memory. This manual process can eat a lot of time. To make this process more efficient, we should have a tool to monitor all the running services and alert the maintainer as soon as there is a crash or an excess in resource limit exceptions.

In the above case, Prometheus would have regularly monitored resource usage and updated the maintainer before the crash happened.

Another main advantage of using Prometheus over other tools is the mechanism. For example, Prometheus uses a pull mechanism, whereas other tools such as Amazon cloud watch, NewRelic, use a push mechanism. A system like Amazon CloudWatch, NewRelic installs a daemon (an additional step) in each service and pushes the metrics from service to centralized server.

Unlike these other tools, Prometheus just requires an HTTP endpoint from a service to scrape the data. In this way, Prometheus can pull the metrics from multiple instances.

It also gives the monitoring tool an insight to detect the service status. For example, suppose, service is pushing the data like Amazon CloudWatch, NewRelic. There can be many reasons if it fails to push the data. So, it’s challenging to get an insight into that. But in Prometheus, since it pulls the data,  we can easily detect if the service is running or not.

How to Get Started Using Prometheus

As we said, Prometheus collects the metrics from the target by scraping the endpoint. One of the exciting things about Prometheus is that it monitors its health along with monitoring targets.

Download Prometheus from the official site, then extract and run it.

Once you console it inside the downloaded directory via terminal, you need to create a prometheus.yml file and add the following configuration.

We can start the Prometheus server using the command: 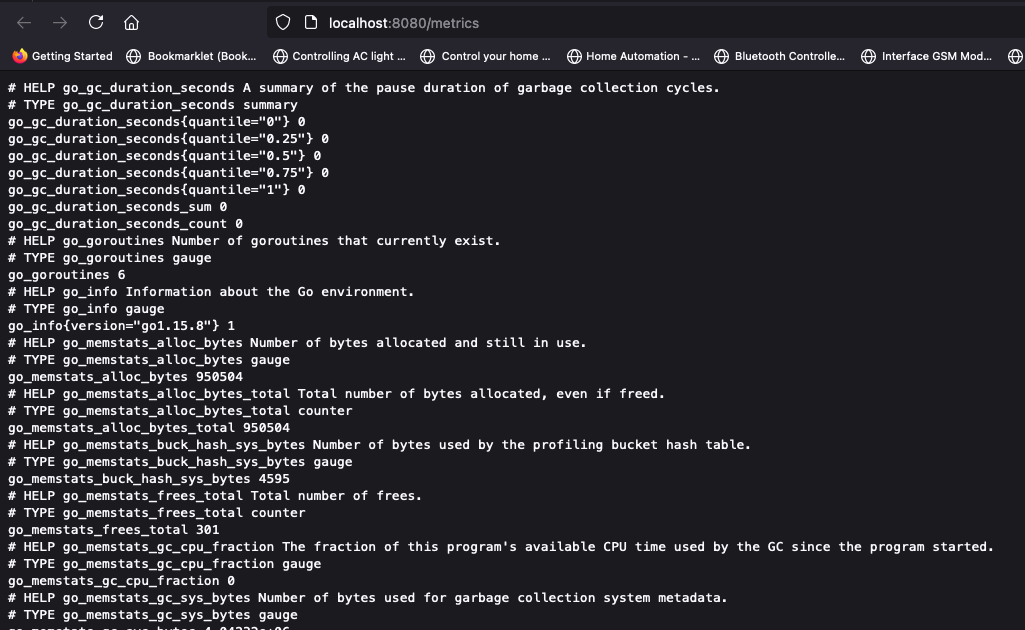 To visualize a specific metric, we can execute an expression in the graph console, and it displays the metric info in the dashboard. For example, one metric that Prometheus exports is prometheus_target_interval_length_seconds, i.e., the actual amount of time between the target scrapes.

Execute the expression on the console, and you can see the following visualization. 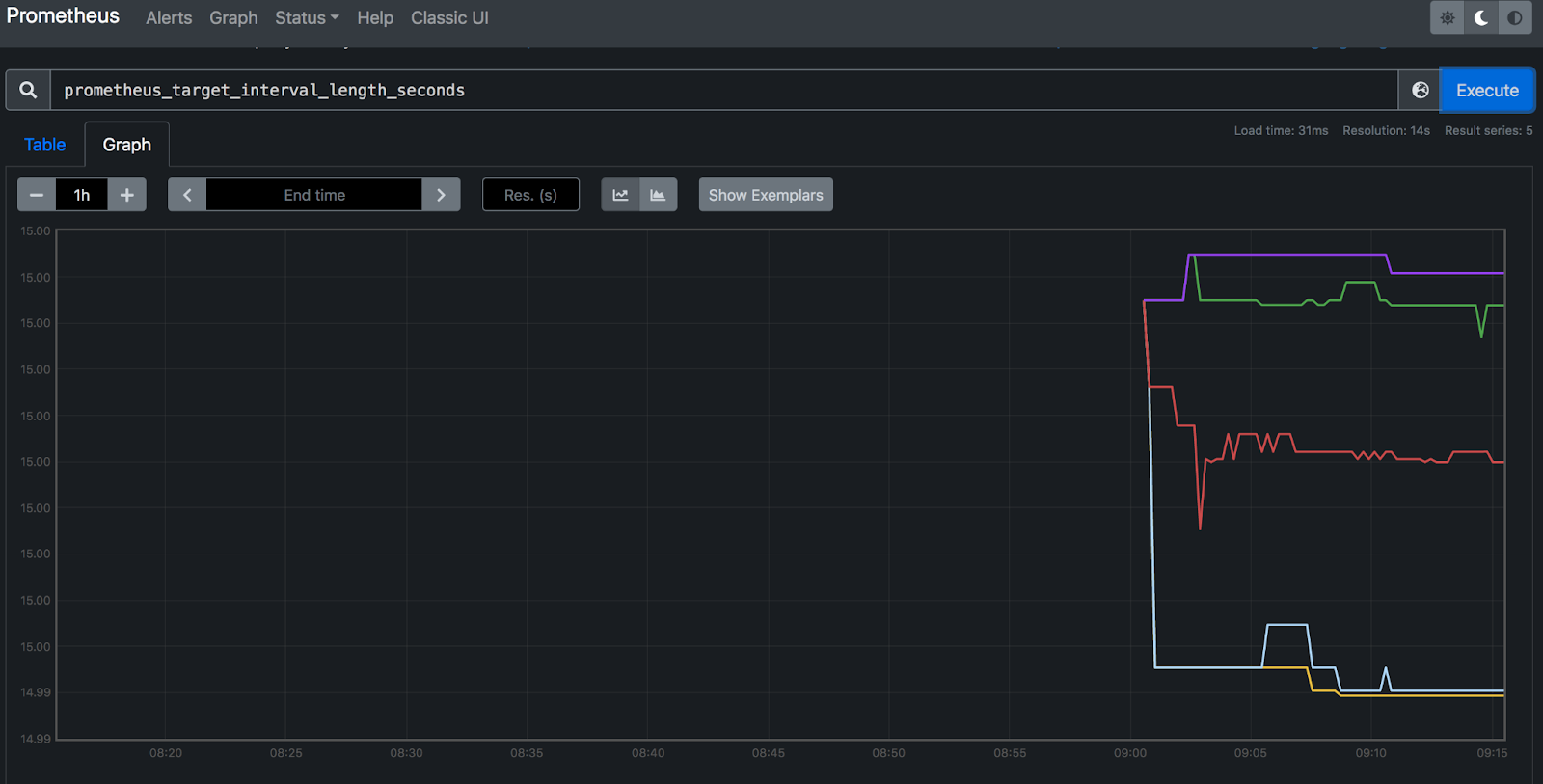 Let’s monitor some targets by running sample targets in our machine. You can download Node exporters from this download page.

You can install it using the commands:

We will start with 3 sample targets using:

You should be able to see the exporters running in the terminal.

Once the exporters are running, we need to configure Prometheus servers to monitor the exporters by mapping the HTTP endpoints in the config file.

You can execute some expressions to visualize the metrics from targets.

We can achieve data aggregation by executing the expressions in the graph console, but there will be performance constraints in that execution since Prometheus stores the time-series data. Querying them by aggregating can slow the query performance over time.

To solve this bottleneck, Prometheus prerecords the data in aggregated format with a custom metric variable. Then, we can just execute that expression to visualize that aggregated data.

We can achieve this by adding custom rules in Prometheus config file. Create a custom rule file prometheus.rules.yml and add the following rules,

After that, we need to add the custom rule in the Prometheus config file.

So far, we discussed Prometheus, and its history, architecture, why we need to use it, etc. To summarize,  Prometheus is reliable, even when other systems have outages, so you can diagnose the problem and fix them. Furthermore, each Prometheus server doesn’t depend on additional network storage or remote services, making it standalone and self-containing. Since it’s standalone, Prometheus can work even when another part of the system is not functional.