Are folks upgrading to Rails 5? Where is the Postgres vs. MySQL battle heading? Are devs embracing Puma and concurrency?

If you're curious about the above, you've come to the right place. We collect gems used on the apps we monitor at Scout to assist with debugging issues and to prioritize libraries we want to instrument. This data set, which is across thousands of apps, should be enough to grab general usage trends. 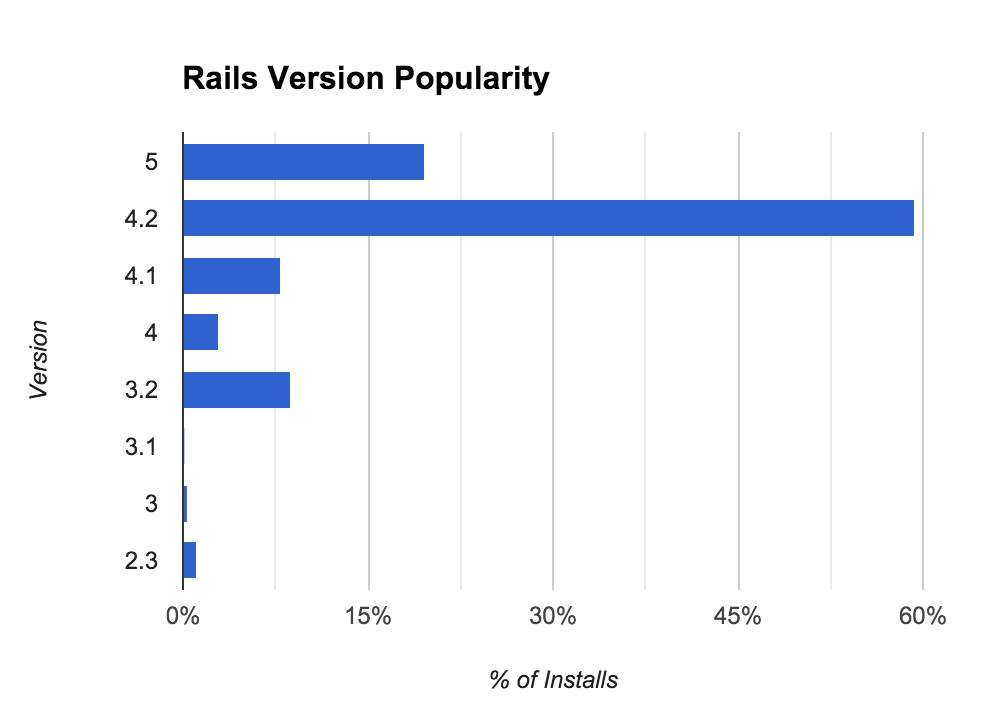 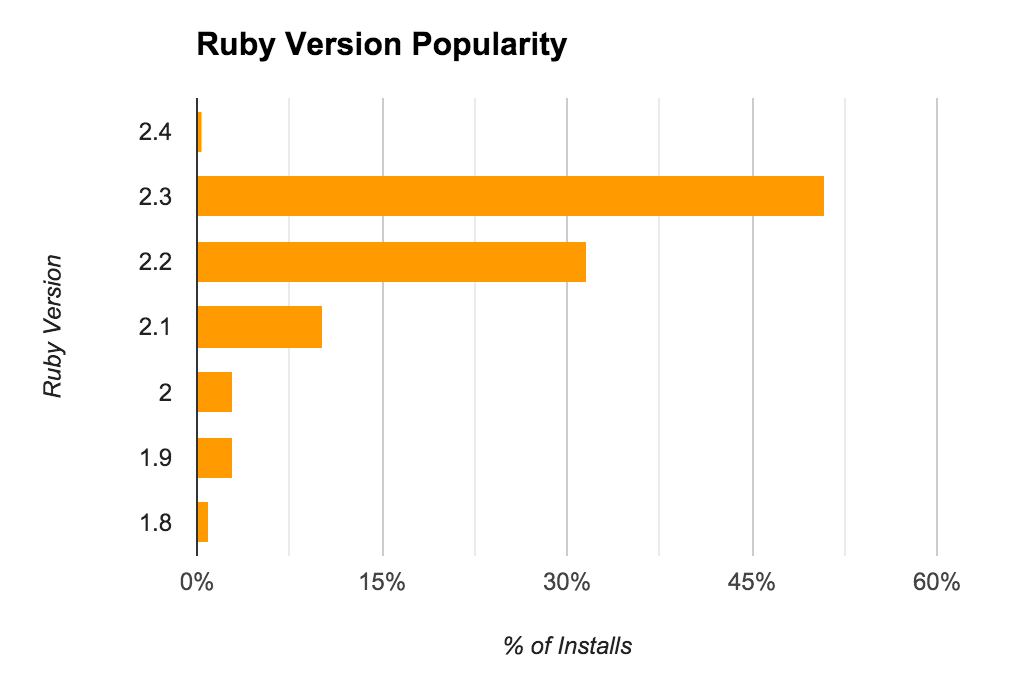 Ruby 2.4 was released about two weeks prior to these results, so the low usage number (0.4%) is expected. Ruby versions have a nice stair-step pattern: there isn't much upgrade fear. Cheers to our Ruby maintainers! 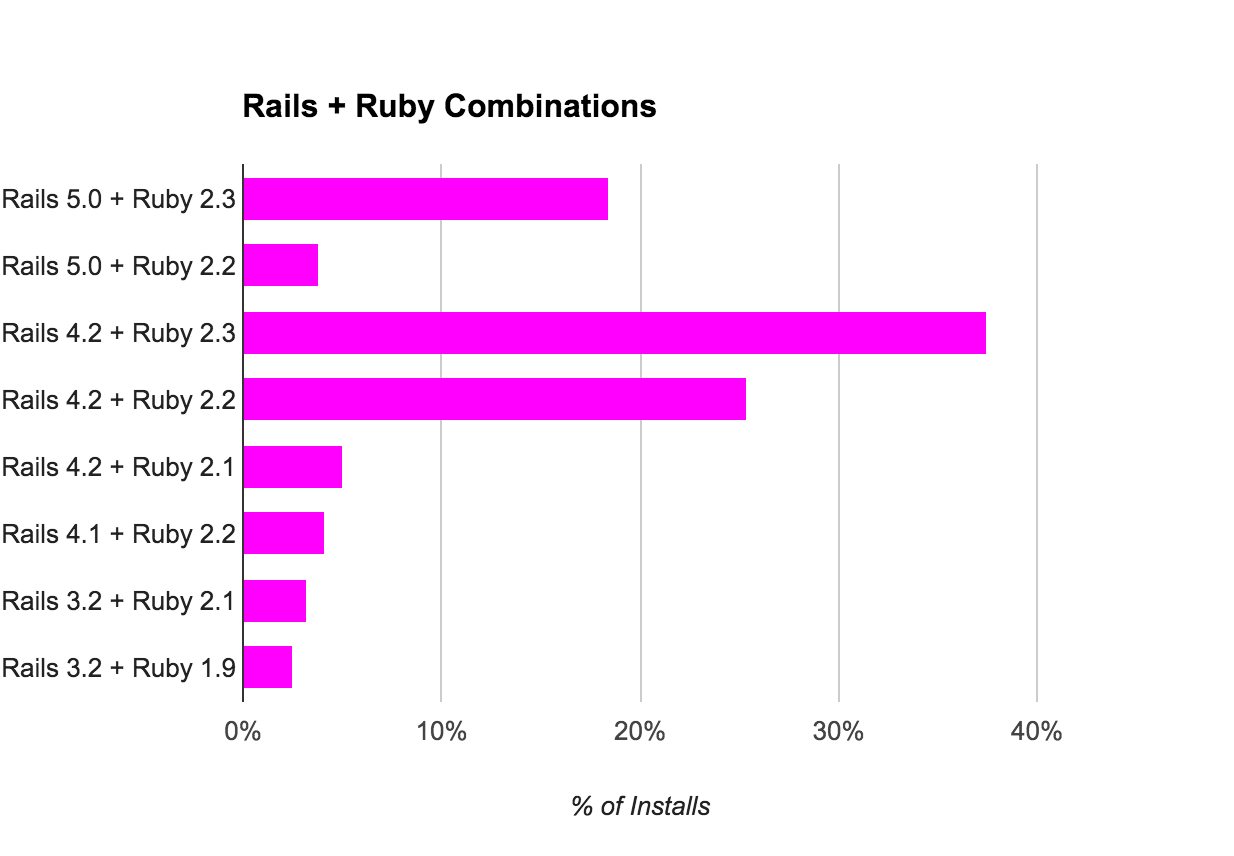 Ruby 2.3 adoption was strong: it holds two of the top three spots. 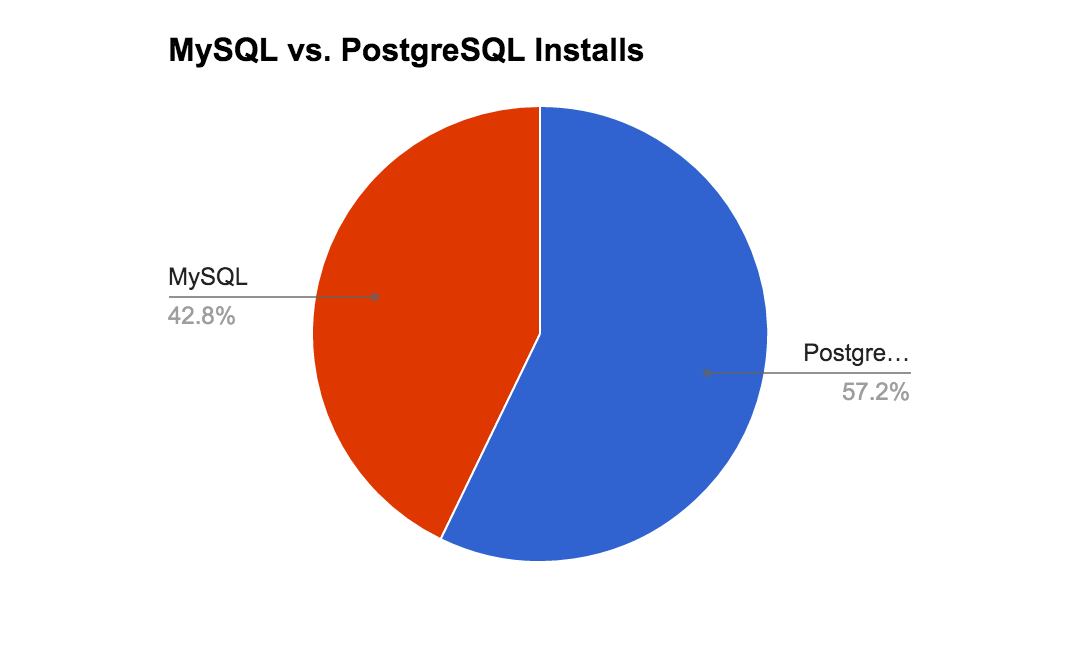 PosgreSQL extended its lead in 2016, jumping from 52% to 57% of installs. What used to be a tossup is leaning more to a clear winner. 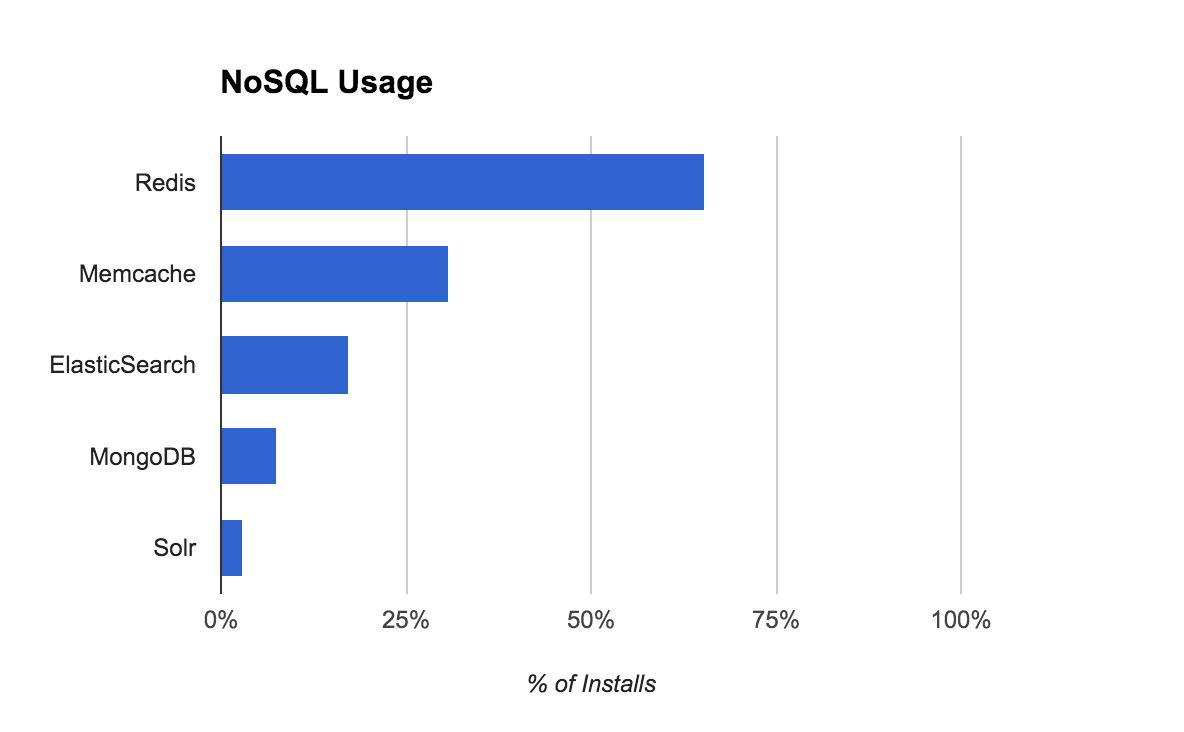 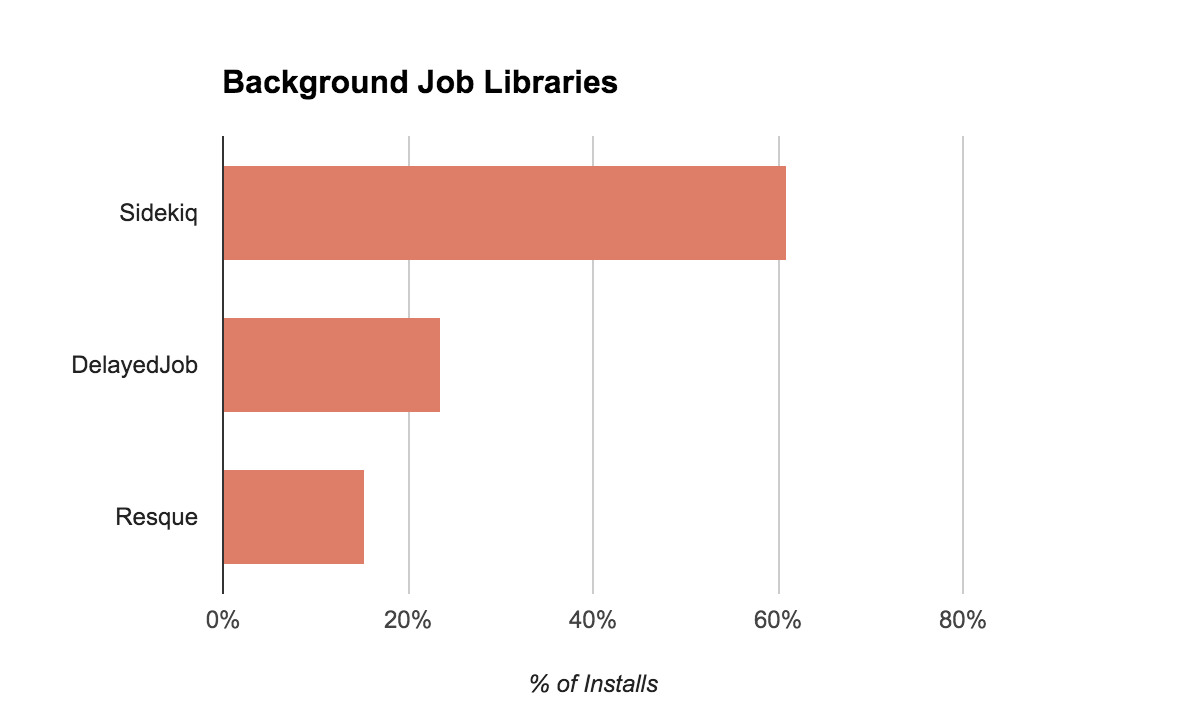 To no suprise, the Rails community continues to rally around Sidekiq. Its share of apps monitored by Scout grew to 61% from 53% in 2015. 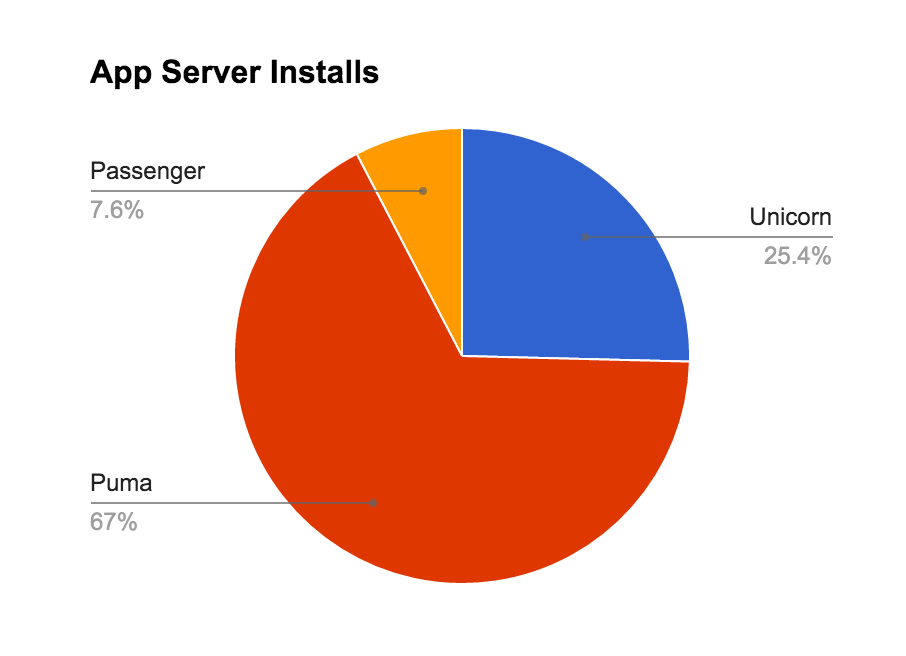 Puma is the choice for two out of three devs on Scout.

You can view the results of last year's Rails stack analysis as well.

Want more Rails insights like this delivered monthly to your inbox? Just put your email into the sidebar form.